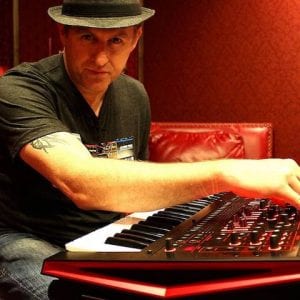 Nashville, TN – September 2018…If you think the only music that comes out of Nashville is country, you should know about Michael Whittaker. After years spent in Los Angeles playing keyboards on Jimmy Kimmel Live!, orchestrating for artists like Lionel Richie, and working on over 300 TV shows as a staff composer for Fox Television, Whittaker packed his keyboards and hauled them, along with his extensive jazz and funk chops, out to the Nashville suburb of Franklin, Tennessee.

In Music City, Whittaker balances lots of studio sessions with plenty of live performances with his jazz/funk group The Bottom 40 (http://thebottom40band.velvetcinemastudio.com/index.html), then adds gigs ranging from local dates with superstar bassist Jeff Berlin to being music director for the Cancun Jazz Festival. Working in so many and varied situations has made Whittaker a fervent convert to Deskew Technologies’ Gig Performer software.

Whittaker tried other solutions, getting mixed results with a hardware-based plugin host, trying a well-known DAW on a major world tour with Paulina Rubio, and struggling through gigs trying to run sophisticated virtual instruments in another well-known software plug-in host. “The plugin host that was an option back then couldn’t reliably handle what I wanted to do,” Whittaker explains. “I was running VIs on my laptop, but I never felt like, ‘Hey I can use my coolest sounds and run the show with this.’ It was just too scary.” 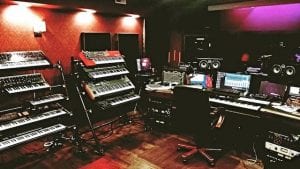 Only a few short months ago, Whittaker discovered Gig Performer and was immediately delighted with it. “When I tried it, I was very pleasantly surprised at how efficient it was. I was using Gig Performer to enable and disable pretty hefty sounds in my laptop with the push of a button on my keyboard controller, and using just two keyboards to control VIs that would crash the computer with other software,” he reports.

Now, Whittaker doesn’t hesitate to run large, demanding VIs live. “In town, I’ve been using Gig Performer with The Bottom 40 and some other groups I’ve been playing with. I’m running Spectrasonics Keyscape and Omnisphere, and the East West Hollywood String Library. There’s no way I would have gotten away with that using the software I had before because it would push the CPU level way too high and simply not be reliable.”

Migrating to new software can be an arduous business, but Whittaker found Gig Performer easy to learn, and was able to quickly configure it for what he needed to do. “I actually had to hire somebody to show me how to use the other software and make it all work,” he recalls. “With Gig Performer, I sat down and used it without consulting even the most basic training videos they had. It’s super easy to get your basic sound sets together; that’s one thing I really liked about it.” 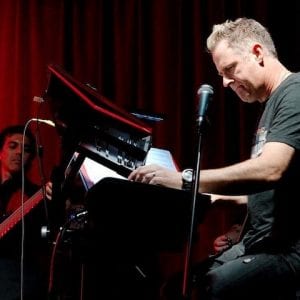 But Whittaker quickly realized Gig Performer could give him the same benefits in the studio as it did live. “I’m not always working in my own studio. At my Velvet Cinema Studio, I have four networked PCs running Vienna Ensemble Pro with every sound known to mankind, so when people call me to work at another studio, they’re expecting all the great sounds I have. I’ve loaded a lot of the real heavyweight instruments on my Mac Book Pro, in which I replaced the optical drive with a second solid-state drive that runs the samples. Now I’m able to take all those sounds to my sessions and people are blown away by it. Gig Performer gives me a stable platform for running my heavy instruments in sessions as easily as in performance.”

For Michael Whittaker, discovering Gig Performer has been all about being able to work with confidence and without fear and limitation. “Gig Performer has really allowed me to put a lot more faith in using my laptop, both live and in studio sessions, while playing the most CPU-intensive sounds I can muster up.”