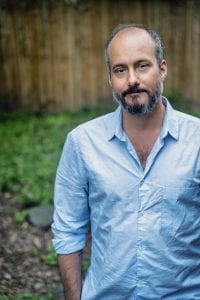 New York, NY – January 2019…Ryan West is the master of the larger-than-life mix. The Grammy-nominated engineer is accomplished in many genres but is best known for his work shaping the sounds of hip hop royalty: Blockbuster records by Eminem, Jay-Z, Usher, Rihanna, T.I., Kid Cudi, and Action Bronson all bear his sonic imprint.

Although West has worked around the world, the majority of his time is split between near-identical mixing rigs at his home studio on New York City’s Upper West Side and at Flux, producer Fab Dupont’s Manhattan facility.

West aims to draw a thread of continuity through projects that tend to involve multiple producers; a common scenario in urban music. “I’m trying to be the bigger-picture guy: someone who looks at the whole record and says, what’s the structure, what’s the thread that makes it make sense as a project rather than a bunch of singles,” he explains. “And I’m trying to be the guy who keeps everything really, really organized. With hip hop projects where you’ve got three, four, five producers working on something, things can get out of control really quickly just with simple things like managing data and the expectations of a whole crew of people.”

He strives for efficiency in both his techniques and his tools. “Successful people are refining their tools and their methods all of their life, so they get to a decision with more speed and urgency,” he explains. “I think people are attracted to that, especially artists and producers. My toolset is always going to be refined based upon that principle.”

These days, West hardly touches a mixing console, favoring a hybrid workflow based around a summing mixer. He views his gear as falling into two loose categories: For his “core” system—the basic operating blocks in his workflow—he seeks out transparent, clean, coherent-sounding gear. “I choose those things very, very carefully and I make sure that those elements are the most solid they can possibly be,” he says. “That’s Pro Tools, my monitoring system, converters, my summing mixer.” 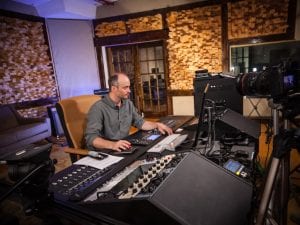 Then there are those tools, like the Manley Massive Passive and VoxBox, that add color: “I have my canvas, and it’s a stable platform that I can operate from, where I can paint my picture,” he explains. “The Manley gear is going to be my sort of additive gear that I’m using to get my flavors and colors. When you have a have a place of stability that’s predictable, you can try different things and have happy accidents.”

West first encountered Manley gear around 2002, engineering at remix DJ Jonathan Peters’ Chelsea studio, where he placed a VoxBox on a vocal recutting session with Bette Midler. “She cut her vocals, and just a glorious vocal sound came from the combination  of a vintage C12 mic and the VoxBox,” he says. “It was just enough to fit it right into this really dense remix that we were doing. And that was the first moment I knew, this is some super high-quality sh*t.”

For West, both the Massive Passive and VoxBox have grown indispensable for bringing out midrange guitar sparkle, carving out a defined low end, sweetening up stereo material, and even re-assessing mixes at the end stage.

“It’s almost like making my mix a little bit more high definition, lifting it off the ground floor a little bit, making it a bit sexier,” he says. “It actually makes me evaluate my mix in a way, where I’m thinking, what could I have done better there? Can I make that kick drum stick a little bit differently so that it doesn’t fight the bass so much? It gives me the opportunity to shape it a little bit more.”

“Manley gear is going to get me to the point where I feel like I’m doing the right thing in service of the song,” West concludes. “That’s exactly what it’s doing for me.”